In April, Nul-Kryds rented two minibuses and drove towards the city of smiles, Aarhus. We drove early in the morning and had a tight schedule. In Aarhus, we had a closer look at Denmark’s largest container terminal and one of the world’s largest containerships Mary Maersk. A very interesting world that is normally closed to the public, and luckily for us we got to see it.

Upon arrival at the Port of Aarhus we were welcomed by our guide from APM Terminals, who took the time to show us around the terminal area. But safety first and therefore we were handed yellow vests and safety helmets. Together we walked to the administration, where all logistics and handling of containers happens. After seeing the “controltower”, we picked up one of our minibuses and drove together in a group around the terminal area, where our guide told about the entire terminal operation. From the containers come ashore and until it departs again, either on ship or truck. It was very interesting to see how containers were handled by a large network of trucks and cranes.

When Mary Maersk was ready to take us on board, we were welcomed by an officer and got a thorough tour of the bridge and engine room. There was also time to talk to the crew on board about their daily life.
Mary Maersk is one of the world’s largest ships and we got to see most of the ship and we also got to look at a lot of different systems within navigation, container loading and the large MAN B&W engines.

After a long day, we turned the minibuses around and returned to DTU. Our way home was performed by Mols-linjen where we, as on Mary Maersk, got a tour of the bridge and the engine room. 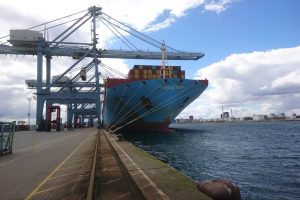 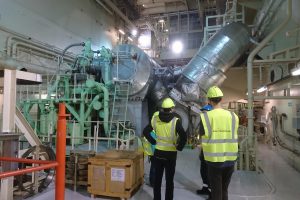 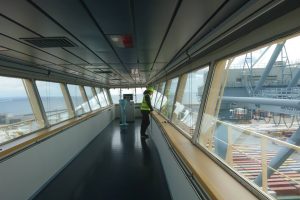 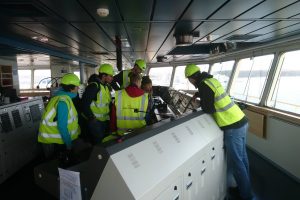 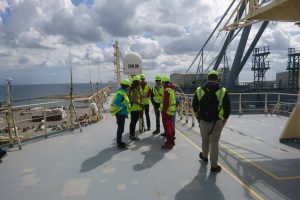 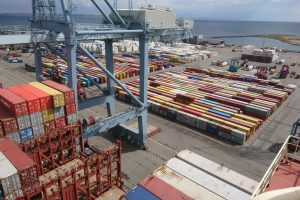 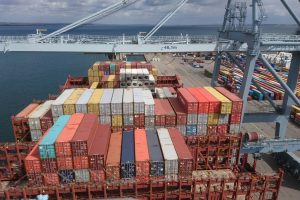 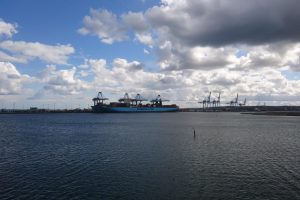 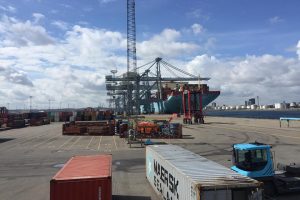 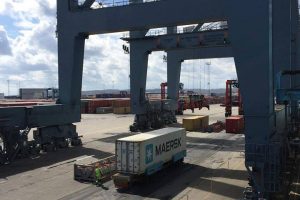 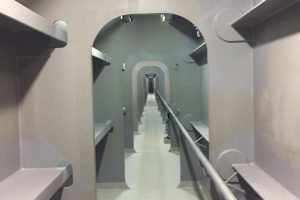 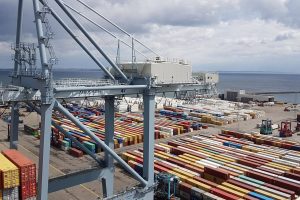 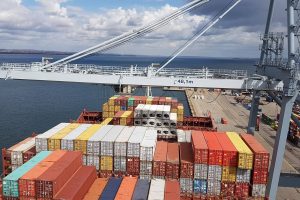 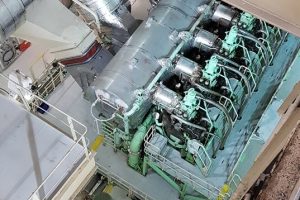